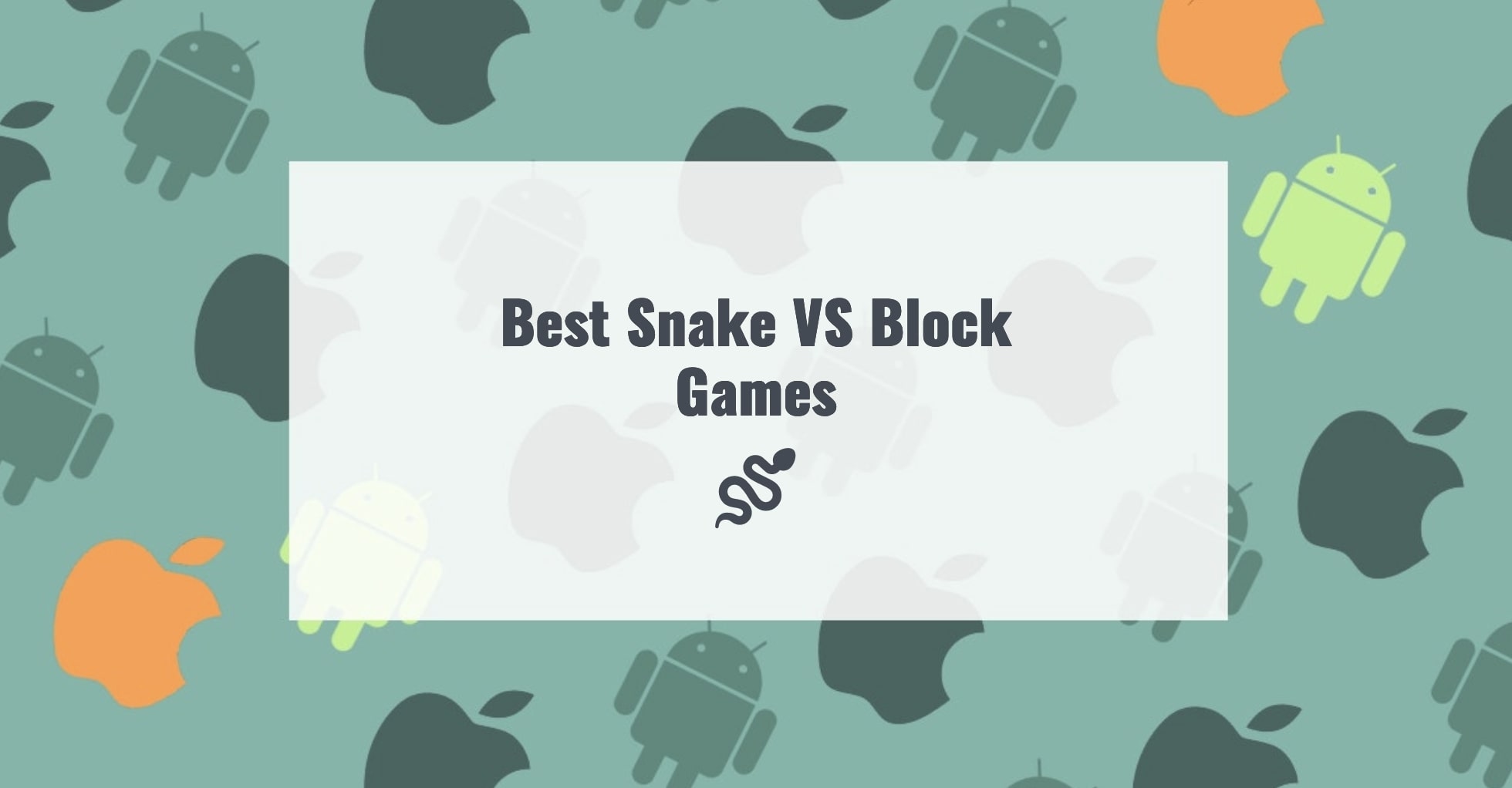 Snake is one of the most popular games, the earliest versions of which appeared on the first handheld phones. Since then, this game has undergone an incredible number of changes that have improved it and made it more exciting.

Also, there are a lot of different versions of the game, the rules may be a little different, but the essence remains the same. You need to make your snake as long as possible.

In this version of the game, which we are going to discuss in this review, there will be obstacles in the way of snakes in the form of blocks with numbers. The length of your snake should allow you to get rid of these blocks to continue the game.

Does this sound interesting? Then you should definitely try these best snake VS block games.

Snake VS Block is an awesome game from the popular developer VOODOO. It’s a mix of a typical mobile ranger and Snake.

A snake crawls through an endless field and collects coins. Coins have a value from 1 to 5 – exactly as many links the animal lengthens. On the way, there are blocks with numbers.

When in contact with them the snake becomes shorter by the number of links written on the block.

Points are gained at the expense of broken dice. Accordingly, you will defeat when the sum on the block exceeds the number of your links.

There is complete order here with speed and fluidity. It’s as if you’re holding the snake with your finger and gently leading it across the field at a comfortable pace.

Beat Snakes is a new interpretation of the genre discussed in this review.

The main character here is also a snake, but the control is based on music.

The blocks here are in the form of musical speakers, which also have numerical designations. The principle here is the same as in the previous game.

On the way, you need to collect special balls that increase the length of your snake. This will help you to continue the game as long as possible without significant losses.

Before the start of the game, you need to choose the music, listening to which you will pass this difficult way. Controls here are simple, they are implemented by swipe.

The design is awesome, and every player will like the 3D graphics. Also for your snake different skins are available, that you can buy with gems, received after each level. New music can be unlocked by collecting enough diamonds.

The game PAC-Slither vs Block will appeal to all fans of the once widespread Pac-Man game.

Otherwise, it’s a standard game where you have to move your snake around the screen. Try to get rid of the smaller number of components of the main character.

Along the way, you’ll be collecting numbers that will increase the length of your snake accordingly to its value.

To get the highest score and get into the rating table, you need to destroy as many blocks as possible.

Compete with your friends and other players. You can always find someone to compete with online.

This is a game in a minimalist design that has the mechanics and principles you need.

The difference between this game and its counterparts is that you need to break the blocks of those colors that match the color of your snake.

The controlling is simple. You are directing your snake to the blocks with swipes. The more blocks you smash, the more your score and the length of your snake will be.

You can also compete with other players for the leading place on the leaderboard. As you progress through the game, you will also receive various rewards for unlocking achievements.

This is a free game that you can also play offline. Share your result with your friends and invite them to the game.

In this game, you have to collect coins and pass through obstacles in the form of squares with numbers.

The numbers are the number of coins you will lose to pass on.

If you run out of moments before you get through that square, you start all over again.

The farther you go, the faster your snake crawls.

Besides, various obstacles appear here and the numbers on the squares get bigger. If you bypass them, you won’t earn points, how many coins you spend – so many points you earn.

In this game, you have a typical snake that quickly crawls in a straight line and collects points.

The snake has to break the blocks that are possible to break only by having the right amount of points.

The sum of them corresponds to the length of the snake.

If the length of the snake after the next block is zero, it still survives and you have a chance to gain more length.

Snake can be chosen, for example, snake in animal form. There are also certain tasks in the game.

You may also like: 9 Best 2 Player Pool Games for Android & iOS

In this game, you need to collect as many balls as possible while breaking the blocks with numbers on your way.

By smashing a number block your marbles are spent, the chain gets smaller.

The game welcomes you with a tempting button “tap the screen to start”. After that, the game immediately begins, in which you have to figure out what to do.

Understand the essence of the game will get from the first seconds. This is convenient because you do not have to waste time on trivial training.

Besides, the game accumulates in-game currency, for which you can buy other colors and shapes of their balls in the game store.