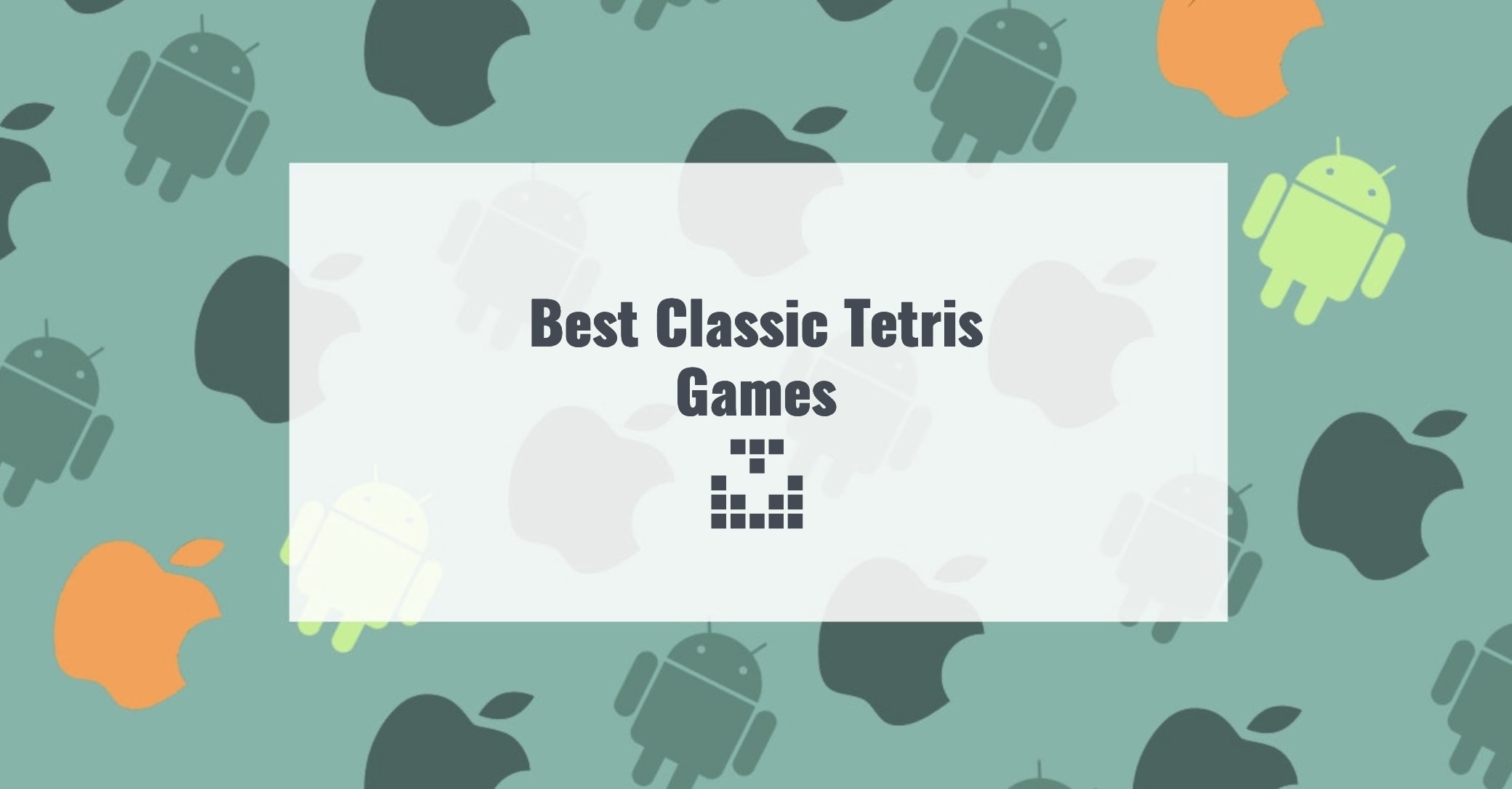 Tetris remained popular for many years among all generations. It develops various abilities, such as strategic thinking and speed of decision-making. It became so popular that competitions began to appear among players.

Yet, now it is difficult to find the original version in its usual form. There are creative developers of mobile games, which are also fans of this game. Here we have collected for you the best classic Tetris games that you can play on your phones.

If you are an avid puzzle-solver, then we recommend you these best box puzzle game apps for Android & iOS.

The Brick Game is quite capable of giving a good mood and reviving pleasant memories.

After all, the authors really managed to convey the spirit of a bygone era. In our case, we are talking about a game with several types and the classic arrangement of the buttons.

The game looks quite realistic. It has an old monochrome screen, on which you can see even the currently inactive “pixels”.

Brick Game is a great representative of the classic game version, which is sure to please all fans of the genre.

You may also like: 7 Best Cube Puzzle Games for Android & iOS

Block Puzzle is one of the most popular mobile games. There are no new modes, figures, or add extra features.

It is still the same Tetris that many of us have played on plastic devices with a few buttons and a small monochrome display.

The only thing the developers decided to change is the graphics and controls.

Now, instead of hardware buttons, we have to twist, move and “throw” Tetris figures with on-screen gestures. So, the control is simple and intuitive.

As for the graphics, it is very simple in the game. The developers have decided not to distract players with special effects.

Some day you may want to try modern Tetris games but let’s go to the next classic Tetris game:

The gameplay of Falling blocks is what you’d expect from the original version.

Figures of different shapes fall from the top of the screen. You need to correctly move them.

So they are perfectly aligned with each other “burning” at the same time, for which you get points.

Once you have reached a certain number of points, the difficulty level increases, and with it the speed of falling figures.

The interface and controls are simple and easy to use. The design corresponds to the classic version of the game, which will please fans of the genre.

Tetris is a classic version of the game in a mobile format and new design.

Here you can choose the levels. A total of 6 different levels are available to you, which differ in the background picture and the effects of falling figures.

At each level, if several successful filling of the entire row of figures increases the difficulty.

Depending on how many rows you manage to eliminate at once, the game may take you one or more levels higher. In the settings, you can change various sound options.

The game is sure to evoke a sense of nostalgia thanks to the sound accompaniment. Besides, you can choose the stylization of the console.

You may also like: 9 Best Memory Card Games for Adults Android and iOS

Quadris is Tetris in reverse. It is based on the same concept, and the rules are incredibly similar, but the game is very different.

At the top of the screen, two figures are shown, one of which the user has to “draw” on the screen by touching the empty blue squares. It is up to the user to choose which figure to “draw” first.

To swap the first figure with the second, it is enough to touch it on the screen. When the player touches the blue squares in the order of the shape, their outlines appear on the screen as gray squares.

The gray squares, which are filled with the outlines of the blocks, free up screen space. Then they disappear from the display when the entire line is filled with them. At first glance, the game is unusually simple.

After all, the user has unlimited time to think about each move. An extra difficulty is that the position of the puzzle piece is suggested by the app for the given move. It is impossible to turn it.

The user will have to apply spatial thinking. This will help to place the puzzle pieces as rationally as possible so that as many rows as possible are filled in entirely. After all, in this case, the game will last more moves, for which more points will be scored.

A distinctive feature of the game Ponon! Deluxe is a lot of extra modes.

To open all the modes, you need to spend more than one hour on the game. The first mode is almost classic Tetris.

The only thing it differs from the original is the different sets of pieces. But the rest of the modes are hidden in the “Adventure” section.

There you will find 240 levels of different complexity. In them, disassemble the construction, fight against time, and much more.

Another nice difference between Ponon! Deluxe from other Tetris versions is the graphics. The developers were able to create a colorful and pleasant game. It can captivate not only Tetris fans but also ordinary players for a long time.

This is another game featuring a classic version with modern graphics.

The developers decided to move the action to an almost volumetric world.

Instead of the usual “well” in which you usually need to put a variety of figures, in this game you need to place objects in a square.

Despite its simplicity, this game leaves a positive impression.

Thanks to its simple but addictive gameplay, this Tetris game will be able to distract you from important matters for a very long time.