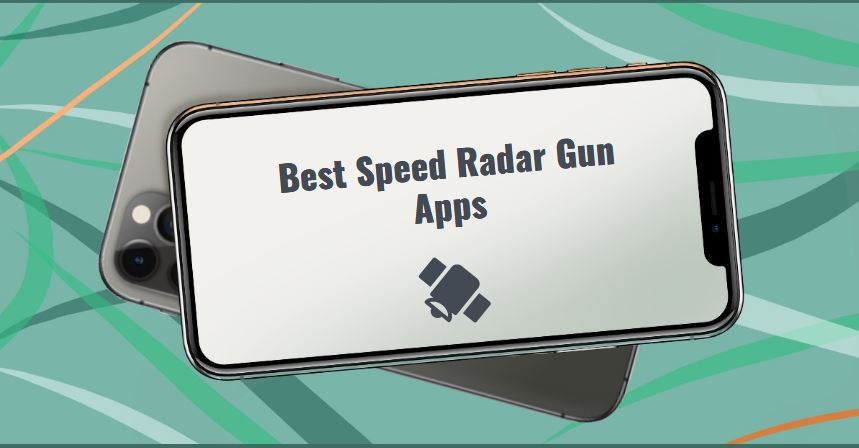 You may also like: 11 Best Measure Distance Software for PC, Android, iOS

Let’s start with this app for iOS devices. Originally, it was made for baseball, so players and referees could measure the speed of a ball. The app includes several types of radars for different types of measurements. The measurement is especially prominent at vertical trajectories.

What is more, you can set up the modes for various kinds of sports: Soccer, Baseball, Cricket, Tennis and Softball. In order to measure the speed, you need to place your phone 5 feet away from the object’s trajectory. After the measurement of results, you can share the document with other coaches.

Besides, take note that the app’s technical possibilities of speed measurement may vary from device to device. The newer your iPhone is, the bigger speed the app is able to catch. And thanks to the simple and user-friendly interface, the app will be great to use for professional purposes and at home.

You may also like: 11 Best Land Surveying Apps for Android & iOS

This app is made for the measurement of the speed of baseball objects. It is more simple than the previous app and it’s made for iOS devices only. This app can measure the speed of a pitcher and his opponent.

It will be great for those who are looking for a more simple radar gun speed app because here you only need to press one button to start measuring. At the same time, the main page is quite complicated, there is a lot of sections and features, so you will need some time to study it before effective usage.

And even though it’s recommended by many sources, the users’ reviews are rather negative.

Finally, we have a radar gun app for Android. It is more of a multi-functional app, where you can measure the speed of any object. However, it works best for measuring the speed of the vehicles. The app isn’t always precise, however, as we have mentioned before, there is no precise software for this category.

The one feature which is highly uncomfortable here is in order to measure the speed of an object you need to manually follow it and always hold the camera in your hand. Keep that in mind before usage and reflect if you’re able to do so. Without it, Speed Gun is useless.

Unlike the previous one, this app is capable of measuring the speed of an object like a camera – in a fixed position. And, following all the feedback of users in the comments, we can see that it seems to be working!

Speed Reporting Radar Gun uses the OmniPreSense camera, and it detects the speed of an object passing by. It is also fair enough to say that this app is more sutiable for non-professional usage since it shows the speed only and its interface is more than simple.

Speed Radar Gun PRO is an app designed especially for iOS and it stands out from all other speed measuring radar gun apps with its cool interface. As you open the app, you can see the camera right away and what you need to do in order to measure the speed is also put a camera in a fixed position.

Here we should also mention that the app is suitable for measuring the speed of the vehicles. In the left bottom corner of the screen, you will see the speedometer, so all the speed will be measured in live mode. However, you can always save the results to “records”.

According to the feedback from users, the app works quite well, however, everything depends on the device and you can never claim 100%.

You may also like: 11 Best Land Surveying Software for PC

Another app for iOS that allows you to measure the speed in live mode. When you first launch the app you just need to open the camera and then the app will start the measurement automatically. In the left bottom corner of the screen, you will see an indicator showing the current speed.

The interface design seems obsolete, however, the app itself seems to be working. The feedback about it is quite mixed, we guess that you never know until you try, if this app works for you specifically.

Here we get back to the measurement of the speed of objects in sports. And one important thing that you should note before using the app is that it only works together with the SCOUTEE™ hardware. The app is an addition to it.

But because it uses the additional specific hardware, it is able to bring you the most precise results. What is more, this app can not only show you the speed of the ball, it will also show the max and average speed, power index, statistics, measurement count, and even more.

You can change the metrics and measure the speed in miles or kilometers. What is more, the app allows you to make the measurements even at a distance of 500 feet from an object. And its biggest advantage and disadvantage at the same time is that you need to buy an additional device for it.

Next, we have a more or less trustworthy speed measuring app for baseball for iOS devices. In fact, this app is a multi-purpose tool – the pitch counter, radar gun and it can measure the distance.

The user interface is quite convenient and nicely designed, unlike in many previous apps. Here you can also choose the metrics for the measurement. In order to measure the speed of an object, you need to go to the speed gun section and tap on the big plus on the screen.

After that, the app opens the camera and perpetuates the object along with measuring the speed. All the results will be quite accurate, according to the reviews of users. In general, this is quite a nice app for measuring the speed in baseball.

This is one of those typical apps for Android which sometimes work and sometimes they don’t. So, if you’re looking for a simple and lightweight speed measuring app for your device, you can choose this Radar Mobile Speed app.

When you open the app you can see the camera and all you have to do is to catch the object on camera at the speed at which you want to perpetuate. Plus, the app can measure not only the speed but the distance of objects as well.

In the main menu, you can find a lot of strange sections, such as Blog, YouTube, and something else. It’s not really clear why would the developer put it in there. Use the speed calibration option to get more precise results.